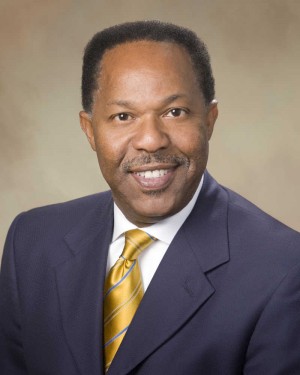 Robert L. Gibbs is an accomplished trial attorney whose practice emphasizes mass tort litigation, business litigation, product liability and alternative dispute resolution. Prior to starting Gibbs Travis PLLC, he was a partner for a large regional law firm for twelve years. Also, he served for seven years as a Circuit Judge for the Seventh Judicial District of Mississippi.

Mr. Gibbs has been honored numerous times for legal acumen and practice excellence, and is among less than 1% of attorneys in the nation to be named to Chambers USA, a London-based published guide to America’s leading lawyers. He is also ranked in the prestigious Best Lawyers in America directory. Additionally, Mr. Gibbs is the recipient of the Thurgood Marshall Judge Award, the Jack Young Sr. Attorney Award from the Jackson Branch NAACP and the Award of Distinction from the Mississippi Bar. He formerly served as President of the Bar Association of the Fifth Circuit, President of the Charles Clark Chapter of the American Inns of Court, and President of the Mississippi Bar Foundation. He is a member of the Fellows of the Mississippi Young Lawyers and is a member of the American College of Trial Lawyers and for the past 15 years, Gibbs has taught Trial Practice as professor of the Mississippi Collage School of Law.

A Jackson native, Mr. Gibbs is a graduate of Tougaloo College and earned his J.D. degree from the University of Mississippi School of Law. He later attended the National Judicial College in Reno, Nevada. Aside from his law practice, Mr. Gibbs is a regular speaker at churches, community organizations, schools and colleges. Highlighted speaking engagements include speaking to the National Council of Juvenile and Family Court Judges in Reno, Nevada on Faculty Excellence in Judicial Education. Also, he has been the guest speaker for Jackson State University’s College of Business Alumni Luncheon as well as the guest speaker for the Mississippi Governor’s School at Mississippi University for Women.