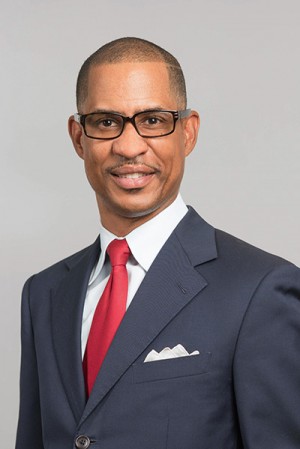 For over 15 years, Omar L. Nelson has been advocating on behalf of consumers in litigation across state and federal courts in the State of Mississippi.  His greatest professional joy is to see that a client who has been harmed by someone else’s negligence receives justice and is made whole again. Mr. Nelson has achieved substantial monetary results for clients in the areas of automobile/18 wheeler accidents, medical malpractice, premises liability, insurance bad faith, and nursing home litigation.  His accomplishments on behalf of clients has been recognized by his membership in the coveted Million Dollar Advocates Forum, which is a prestigious group of trial lawyers in the United States who have won million and multi-million dollar verdicts and settlements.  Less than 1% of U.S. lawyers are members.

Mr. Nelson was featured in the June, 2012, issue of Attorney at Law Magazine as Trial Lawyer of the Month and recognized for his professional accomplishments in Portico Magazines’ December, 2013, issue entitled “Raising the Bar.”  In 2012, the National Trial Lawyers recognized Mr. Nelson as a Top 40 under 40.

Mr. Nelson has lectured to lawyers and staff on several legal topics, such as "Trial Preparation From Start to Finish for Mississippi Paralegals", "Using Medical Records to Prove Your Case in Mississippi", and “Top Ten Techniques for Taking an Effective Deposition.”

His work in the community remains as active as his law practice.  Being active in the community and affecting the greatest good to the best of his ability remains a focal point.  His message to anyone who has aspirations in life is “[o]ne should never give up on personal pursuits.  Set yourself free from anything that might hinder you from achieving your goals.  Though life is wrought with challenges, you must never give up.  Your station in life depends on removing obstacles that would prevent you from becoming the person you ought to be.”

Mr. Nelson received his primary and secondary education in the Vicksburg-Warren School District. He is a 1994 graduate of The University of Southern Mississippi ("USM").  He received a Bachelor of Science degree in Political Science with an emphasis in English and received numerous awards and honors, including, Who's Who Among American Colleges and Universities, Hall of Fame, Dean's List, and Lambda Sigma Honor Society. Most notably, in 1993, Mr. Nelson was elected president of the Student Government Association (SGA).

Upon completing his undergraduate degree, he received a Master's degree in 1996 in Public Policy and Administration from Mississippi State University and was the recipient of the Outstanding Graduate Student Award from his department. Mr. Nelson furthered his education at Mississippi College School of Law where he received a Doctor of Jurisprudence degree in 2000. He was a member of the Moot Court Board and competed in the Fredrick Douglas and American Bar Association Moot Court competitions.  He is admitted to practice before all state and federal courts in Mississippi and the Fifth Circuit Court of Appeals.

Since entering the legal profession, his memberships include the Magnolia Bar Association and Mississippi Association for Justice ("MAJ") where he formerly held the office of MAJ parliamentarian, secretary, treasurer, and vice president. He served as barrister of the Charles Clark Chapter of the American Inns of Court and as commissioner on the Mississippi State Supreme Court Commission on Impaired Lawyers.

Mr. Nelson serves on the Board of Deacons of Clover Valley M.B. Church in Warren County.

He is the son of Mr. and Mrs. Thurman Nelson, Jr. of Vicksburg, Mississippi.  He is married to the former Melanie C. Barnes and they have two children:  Morgan Nelson and Ryan Nelson.